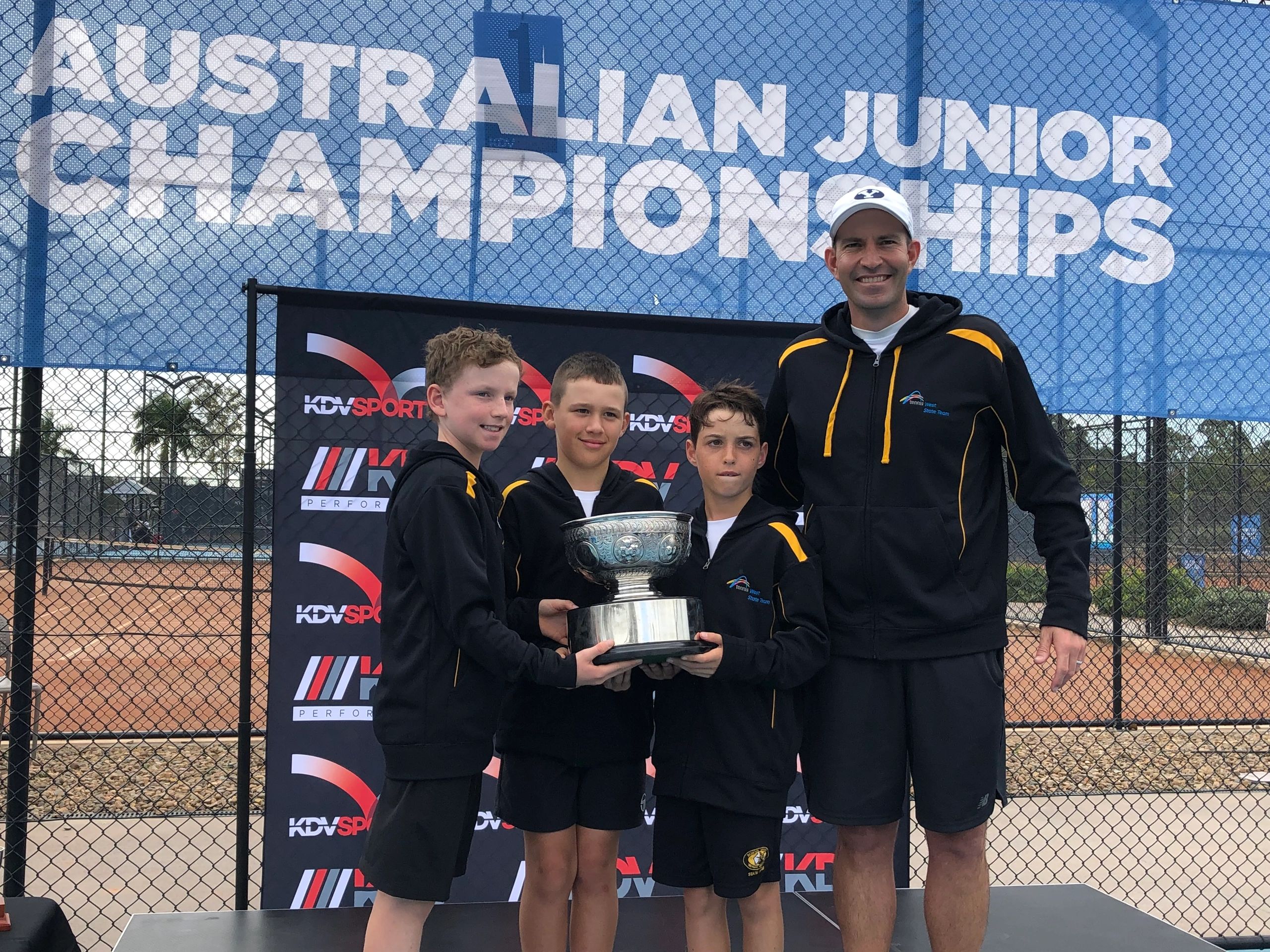 Damien has over 25 years of tennis coaching experience. He has coached in Canberra, Melbourne and Perth. He has also coached in the United States.

Damien has vast experience in coaching tennis players of all levels, starting from the youngest players taking the racquet for the first time to elite players competing at an international level.  He has coached juniors, teenagers, US College players and players on the ATP and WTA tour.

Damien has recently worked for Tennis Australia in Perth as the Talent Manager for Western Australia. Damien's day to day role was to provide developmental advice and support for the best juniors in the State. In addition, Damien ran the popular Super 10s program, he coached the WA State teams and he provided tournament support for the best juniors in WA.

During his time as WA Talent Manager, Damien had the great honour of taking the Boys 14 and under Australian team to the ITF Asia World Junior Teams Qualifying event. The Australian team finished in the top four which qualified them to compete against the top 16 teams in the ITF  World Junior Finals in Europe where, once again, he managed the team.

As a player, Damien reached a career high of 630 ATP in doubles and was ranked as high as #9 in the NCAA division I US College rankings where he played for Brigham Young University (BYU) in Utah. He is delighted to share his knowledge and passion for tennis at the new Ascot Vale Tennis Club.

Rob has been working in the tennis industry for over 16 years. From 2007-2018 he ran the New Gisborne Tennis Club and coached all levels of junior players and adults.

From 2003-2012 Rob worked at Oak Park Tennis Club where he specialised in coaching junior squads and advanced juniors.

During the past 6 years Rob has coached at Riverside Golf and Tennis and he is delighted to be back here delivering classes. Now known as the Ascot Vale Tennis Club, he is keen to help all tennis players improve their game and fall in love with the sport.

Prior to tennis Rob played semi professional soccer with Melbourne Knights (formerly known as Melbourne Croatia) as a goalkeeper. One of his other passions is downhill skiing which he has done since the age of 4.

The Ascot Vale Tennis Academy is delighted to have Rob McRae on board.

Rani Goodland is returning to the Ascot Vale Tennis Club after playing College Tennis in the US where she played for the University of Toledo in Ohio for two years and then St Mary's University in Texas for her third and fourth year. At St Mary's University Rani guided her team to back to back Conference Championships and she made the NCAAs (Nationals) in 2018. Prior to US College Rani was a highly ranked player in Australia.

In addition to her playing ability Rani has a lot of coaching experience from having worked at the Sydenham Tennis Club, the North Ringwood Tennis Club and various tennis clinics in the USA.

We, at the Ascot Vale Tennis Academy, are thrilled to have Rani Goodland join our team.